Are you looking for the coolest State Parks in Michigan to add to your bucket list? Then I’ve got you covered!

Between the two peninsulas and four of the five Great Lakes, Michigan has an extensive list of beautiful natural areas.

Whether you want to spend the day hiking through forests or relaxing on the beach, Michigan state parks have something to appease every traveler’s needs.

With the parks scattered all over the state, you can hit one or two in a sweet day trip or take a week and go on a road trip!

Either way, you’ll be amazed at how beautiful Michigan really is.

The best state parks in Michigan are all unique in their own way, so you won’t want to miss a single one!

Lake Michigan State Parks are some of the best, and there are plenty of them on this list. But with several lakes in Michigan, there are tons of State Park lakes to explore and enjoy

It’s no wonder why Michigan is known as the land of the lakes!

So let’s take a look at the coolest State Parks in Michigan to add to your bucket list!

Nestled between Lake Michigan to its west and Grand River to the north, Grand Haven State Park is a must-see!

With 48 sandy acres, there is plenty to keep you busy through the day.

You can either relax on the sand, take a swim in one of the Great Lakes, try your luck fishing off the pier or take a stroll to see the Grand Haven Lighthouse.

Wide-open beaches make this one of the best state parks in Michigan with camping! Some sites are even right on the beach!

Just a short drive away is Grand Haven’s Musical Fountain. It was built before the famous Fountains of the Bellagio, as the world’s largest musical fountain.

The fountain has daily shows at dusk, from Memorial Day to Labor Day.

Located on 1550 acres Leelanau is one of the best state parks on Lake Michigan!

As the tip of Michigan’s pinky, Leelanau has stunning views of Lake Michigan from every angle.

The park is split into two. On the northern portion is the magnificent Grand Traverse Lighthouse and Museum and campground.

The southern portion is where you can find the ever-popular Cathead Bay trail system and sandy beaches.

With a total of 8.5 miles, the Cathead Bay trails consist of three trails.

The Lake Michigan trail is a 2.2-mile loop and takes you through a beautiful old-growth forest and a sandy beach overlooking Cathead Bay.

Mud Lake Trail is a 3-mile loop that cuts through the peninsula’s hills, with a view to the east of Mud Lake.

The Winter Recreation Trail is only accessible from December 1st to April 1st.

At the tip of the mitten, spanning 10,512 acres of undeveloped beauty sits Wilderness State Park.

With 26 miles of shoreline, this is a must-see state park on Lake Michigan!

One of the most unique things about Wilderness State Park is that it is a designated dark sky preserve!

This means that you can get awe-inspiring views of the night sky with zero light pollution.

I recommend checking out the Aurora Borealis forecast before heading up.

You might be lucky enough to catch a sight of the Northern Lights! What an amazing memory that would be!

With over 20 miles of trails, sandy beaches, lush forests, and calm meadows, this park has something for everyone and is a must-add to the bucket list!

If you want to experience the beauty of the Michigan dunes without traveling very far, I suggest heading to this frequently overlooked park.

Warren Dunes State Park has three miles of rolling sand beaches and a dune formation that is over 260 feet!

Don’t worry if it takes you a while to make it to the top!

One of the best ways to enjoy this MI park is to go camping.

Warren Dunes has some of the best camping in Michigan State Parks.

You can’t go wrong with a trip to Warren Dunes Michigan if you’re looking to experience some fun Michigan camping.

Did you know that Michigan has a freshwater spring? It’s located in the beautiful upper peninsula!

Kitch-iti-kipi is Michigan’s largest freshwater spring. It is often referred to as just The Big Spring by Michigan locals.

Measuring two hundred feet across and forty feet deep, the water is crystal clear and allows you to see all the way to the bottom!

The Big Spring pumps over 10,000 gallons a minute from the limestone below and is a constant 45 degrees all year.

This is pretty impressive considering the upper peninsula has record snowfalls.

Visitors can board a self-operated raft and propel themselves to different outlook points in the spring.

Take a look down and you’ll see large trout and ancient fallen trees. It’s like stepping into another world!

One day at Palms Brooke State Park and you’ll see why it’s one of the best MI State Parks.

You can find some of the best Michigan State Park camping at Ludington State Park.

The park has three campgrounds with both traditional and RV campsites.

It also has scenic sandy beaches, a lighthouse to explore, and wetlands and marshlands.

So there are two beautiful lakes on either side of the park.

You can walk on the extensive trail system to view wildlife as well.

Ludington State Park is one of the best State Parks in Michigan!

The Porcupine Mountains are a small mountain range in Michigan.

It’s also one of the few remaining large wilderness areas in the Midwest.

Within the park, you’ll find some absolutely beautiful sights.

There is a 35,000-acre old-growth forest, waterfalls, trails, rivers, and streams just waiting for you to explore.

Porcupine Mountain Michigan is a truly beautiful part of the state to spend time in.

The park also offers plenty of Michigan DNR camping sites if you want to spend a few days at the park.

The Big Red Lighthouse is a super popular thing to see in Michigan.

It is a Dutch-inspired design that is painted a bright red that sits on the edge of a lake.

Along with the famous lighthouse, there are other fun things to do at Holland State Park Michigan.

You can stroll on the sandy beach, go boating, or even camping.

It’s easily one of the coolest State Parks in Michigan and you’ll love spending the day there.

One of the best Michigan Parks is Indian Lake State Park.

Indian Lake Michigan is the fourth largest lake in Michigan’s UP.

It’s a great MI park to explore with the whole family.

The lake itself has an area of 8,400 acres and is perfect for water sports like boating, kayaking, and canoeing.

You’ll also have over 800 acres of natural wildlife to explore.

There are hiking trails and sandy beaches as well and one of the fun things to do in Michigan.

It’s one of the coolest MI parks to explore in the UP.

Clear Lake Michigan is often overlooked when people are looking for parks in Michigan to visit.

It is a State Park in Michigan that is best known for being quiet and secluded.

The park has a shallow lake that is perfect for kids to go swimming in.

Along Clear Lake Michigan there are sandy shores to relax on after a day of swimming as well.

There is a mini-cabin that you can rent as well as a limited number of campsites.

It’s one of the best State Parks in Michigan that is a hidden gem.

Go Off Roading On Dunes At Silver Lake State Park

Silver Lake Michigan is the only place east of the Mississippi River where you can go off-roading in ORVs on massive sand dunes.

The Silver Lake State Park is over 3,000 acres along 4 miles on the shore of Lake Michigan.

MI State Parks often include Lake Michigan, which makes them so unique to explore.

With so many acres of land along Lake Michigan, Silver Lake State Park is a fun MI park to explore.

You can spend the day hanging out on the sandy shores, swimming in the lake, or going boating.

There are also playgrounds for the kids to enjoy and hiking trails if you need a break from the water.

But that’s not the only reason it’s one of the best parks in MI.

The State Park is actually over 80% of the entire Mackinac Island acreage.

Most of that acreage is still natural and how it would have originally looked before it became a popular tourist destination.

It’s also probably the only Michigan State Park where you can explore in a horse and buggy.

If you are thirsty or hungry from exploring all day there are so many restaurants in Mackinac Island to choose from.

There are so many reasons why Mackinac Island State Historic Park is one of the most unique State Parks in MI.

If you want to visit one of the coolest state parks in Michigan, then I suggest visiting one of the newest of Michigan’s State Parks.

Belle Isle State Park is an island off of Detroit that became a State Park in February of 2014.

The Anna Scripps Whitcomb Conservatory is one of the most visited attractions in Detroit.

The island also has an aquarium, the Dossin Great Lakes Museum, a giant slide, athletic fields, and more.

It’s easily one of the coolest parks in MI and I highly suggest giving it a visit!

Have A Beach Day At Tawas Point State Park

Tawas Point State Park is one of the coolest Lake Huron state parks!

That makes it a unique park on this list, as most of Michigan’s parks on a lake are often on Lake Michigan.

It’s a great park for a Michigan day trip spent at the beach.

There are over 180 acres of lakeside recreation areas to explore.

It is often called ‘the Cape Cod of the Midwest’ because of all of its charm.

The beach is pet-friendly and during the spring and fall, it is a stop-over spot for thousands of migratory birds.

One of the best State Parks in Michigan for camping is North Higgins Lake State Park.

The park is over 440 acres and full of opportunities for lakeside recreation.

There is a boat launch, more than 8 miles of trails, a picnic area, and a very popular swimming beach.

If you want to go camping, this is one of the best parks in MI for that.

There are two campgrounds, with traditional and RV campsites, and mini cabins you can rent.

It’s a beautiful park in MI to explore.

There are so many cool state parks in Michigan!

Whether you’re looking for relaxing beach days, long hiking trails, or camping adventures, there is a Michigan State Park for you to explore.

Have you been to any of these unique Michigan State Parks?

If so, I’d love to hear about it in the comments!

15 Best Restaurants In Mackinac Island MI You Should Try
Next Post: 15 Best Beaches In Wisconsin For A Getaway 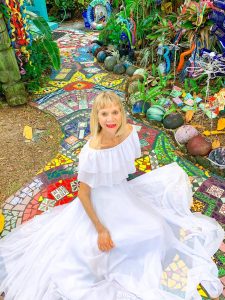